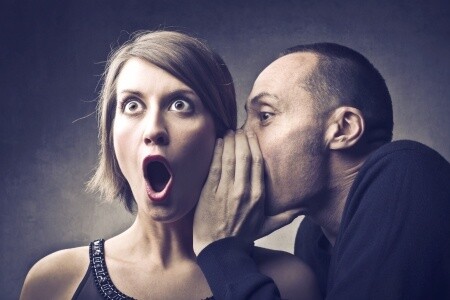 There’s more than a few ‘hidden’ benefits about S-Corps have that I really wish I knew about years ago. These are mostly what accountants, articles, or books don’t seem to talk much about, and get incredibly overlooked.

Choosing a business structure is a serious task and if you’re a sole proprietor, sooner or later you’ll want to upgrade to a more proper business entity.  After all if you stay a sole proprietor, your business is yourself, which means your house/car/boat/furniture/tv/power tools/playboy collection can all be at-stake if you get in hot enough water.

That means you’ll eventually be deciding between LLC or an S-Corporation, which will likely end up leaning towards LLC based on what most experience. All my friends who have started businesses have gone LLC as well as most of my thousands of marketing community followers. But if I ask them “why?”, They don’t even know …  they just say they were told it was the best option.

But does that make it right? See for yourself:

The Top 5 “Hidden” Reasons S-Corp Might Be WAY Better For You Than LLC:

Before I start rattling them off, understand that:

Tell this to an accountant or lawyer and they’ll shake their head in disbelief, but in the real world … (particularly if you’re in a service-based industry where credibility is paramount) … having “Inc.” at the end of your business name lends to quite a bit of perceived authority. While that shouldn’t ever be the deciding factor in whether or not you should incorporate, it does hold some weight in my opinion. Don’t believe me? Tell your friends you just opened a corporation and watch their jaw drop. There’s a certain tone of authority and credibility when you see “inc” at the end of the business name.

They’re Way Easier to Form Than You Think

It’s true that S Corps do sometimes require more formal and involved record keeping than their LLC counterparts. But creating them can be handled very reasonably through services like incfile or legalzoom.  Mainting proper records involves a little more work every now and then but it’s totally do-able. Plus with a corporation you get an extra level of fancyness and assign official titles of “President” “Secretary” and “Treasurer”. All of which you can hold if it’s just yourself. You even get the ability to issue stock if you want to give someone a stake in the company.

There’s two major reasons most owners will often tell you they went LLC: Liability Protection (so that personal assets aren’t at risk) and Pass-through Tax Treatment (where you’re taxed once instead of potentially twice). However, S Corps give you just as much protection (many would argue even better), and you get the same pass-through tax treatment. Bonus benefit: S Corps have very low (if not the lowest) audit rates.

You Can Potentially Save a Significant Amount of Tax Owed

Here’s where it starts to get really good. When you’re an LLC, you have to pay “self employment tax” on your profits. That’s because taxes like FICA, Social Security, etc. aren’t being taken out from you like a normal paycheck would … so the government still has to find a way to collect it. So they make you pay over 7% in self employment tax to compensate for it.

But there’s a hugely beneficial feature with S Corps that can potentially reduce it (this is something I wish I knew a long time ago!). As an S corp, you’ll actually have to pay yourself a paycheck since you’re essentially like an employee of the company (since the company is it’s own separate entity). That means the wages from your paycheck will have all those FICA and Social Security taxes taken out. But you only have to pay yourself a wage that’s fair and reasonable for the work you’re in. Everything above that you can pay yourself as “distributions”, which do NOT apply to self employment tax.

So if someone in your line of work may typically be paid wages of $50k/year and you make $100k … you only have to pay yourself wages of 50k and the other 50k won’t have any self employment tax applied! If you were an LLC you’d have to pay that extra seven-plus percent on the whole shebang. That can be a huge tax savings and so few business owners ever get told about.

You Can Avoid Getting Seriously Behind in Taxes

I don’t know an Entrepreneur out there who hasn’t gotten behind in taxes. Planning for taxes, setting tax money aside, making quarterly estimated payments, and coughing up more at the end of the year just isn’t a good mix for the Entrepreneur. In fact it’s a deadly combination. Here’s the problem …. going into business for yourself makes it real easy to pay yourself. If you’re a sole proprietor or LLC you just write yourself a check.

It’s ultimately YOUR responsibility to figure out how much of it you’ll owe in taxes, set it aside, remit it every three months, and then at the end of the tax year most likely cough up more. When you have the sudden ability to pay yourself but not pay in taxes at the moment, it’s easy to let it slide.

What makes this the #1 Benefit on my list of S Corp Benefits is the fact that you can’t just pay yourself like you can an LLC or sole prop. You can’t just decide to grab cash out of the ATM or write a check. You have to actually put yourself on payroll and issue a payroll check just the same as if you were an employee. Doing payroll means any federal, state, and all the other little taxes are automatically calculated and deducted, leaving you with the cash to spend without worrying so much about saving for taxes later.

(note: even though payroll will separate the taxes owed, not every service withholds the money and remits it, so you definitely want to use a payroll service that takes care of it all so you don’t get tempted to store or spend it!).

Let me tell you, getting paid and having taxes calculated and taken out along with each check can prevent a serious amount of trouble down the road. Yes, accountants will likely see this as a very stupid benefit because they don’t understand what we go through as Entrepreneurs; but to me, this is the one piece of irreplaceable advice coming from someone just like you

Accountants and Lawyers don’t always take into consideration certain business situations that only pertain to what an owner deals with, like how their name looks to consumers, or how tough it can be to set aside tax payments for months without spending it.

So for someone who’s never been a business owner themselves (like many professional business advice givers) it’s easy to not factor those type of things in. To many of them, they shudder at how anyone could even commit the cardinal sin of losing a receipt or not marking your business mileage to the nearest sixteenth of a mile.

For entrepreneurs doing research on their own (probably 80% or more), they probably get scared about the extra paperwork required for incorporating, and they probably see that it’s cheaper to do LLC’s than S corps on sites like Legalzoom, etc.

I say you need tips like this, from a real business owner, to make the best decisions. In the worst case you can always change your business structure down the road. And not to go down a rabbit hole, but you can even make your LLC treated as an S Corp, but there’s no way in hell we’re going down that road today.

For more tips and to stay updated, Join my newsletter and updates (I never spam!).

Stay updated with my latest posts, articles, podcasts, and publications that give you direct marketing secrets no one else seems to want to share.