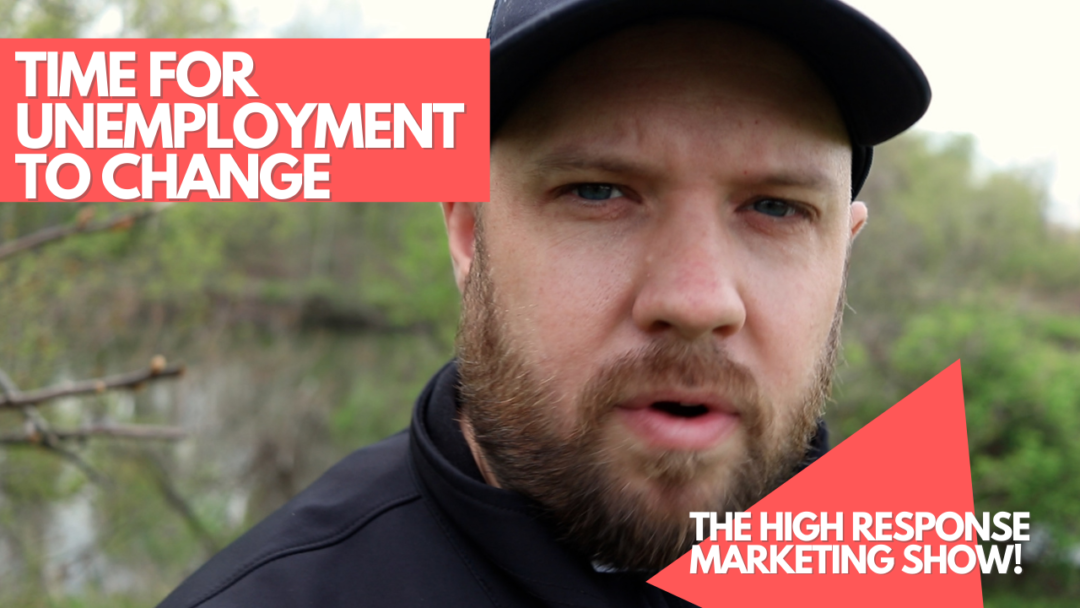 It’s not hard to go almost anywhere without seeing “Hiring Now” signs left and right. I don’t care that the President recently said “we’re on the right track” despite there being literally 75% less jobs than forecasted. All I know is this sucks! Big time.

In today’s high response marketing show episode (watch the video) we talk about this crap situation where employers are having to throttle down their businesses simply because they can’t get anyone to even show up for an interview, let alone work. Thank you $300 enhanced unemployment benefits until September AND most states waiving the requirement to actually go looking for work in order to stay on unemployment.

Here in NY the minimum unemployment amount is somewhere around $104. So even if you worked barely anything before you’d still make $400+ per week doing nothing. Someone who was working minimum-ish wage before and now isn’t working can easily be taking home $700 or more, which when you divide that by 40 hours, is $17.50 per hour! To do NOTHING. Guaranteed through the whole summer too.

And don’t give me that living wage BS. No dishwasher needs to be paid $20 an hour with full benefits. But you’ll hear over and over and over about how the problem is that employers don’t give a damn about paying employees, how minimum wage is too low, how employers treat employees like crap so they’re not taking it anymore, and all this rubbish. No one’s sacrificing their jobs becuase of the conditions or pay right now, they’re taking the free government money and enjoying their free time. Laughing at you and I, the business owners, as if we’re “getting what’s coming to us”.

What made me extra salty though is that I went to drop off some business cards to a new client of mine. She’s a young entrepreneur that recently opened up her own thrift store called “treasure utopia”, named Ebony. Here’s a girl that took the dive and leased retail space, painted the whole inside, organized everything perfectly, and I’m sure has put every dime she has into her new business. And all I can think of is, people expect someone like her to have to pay a “living wage” if she wants to hire someone to help run the freakin register?

Anyways, before I start ranting too hard, watch the video.