This is a seven-part series on how to lower the prices you charge for 9×12 spaces. It’s best not to skip around until you read them in order, but don’t worry, they’re short and concise (much better than how I originally tried to fit it all in one 7,000 word post!).

The Secrets To Sellin’ Em Cheap

Some of you are probably reading this and saying “What the heck man, why are you writing about selling 9×12 spaces cheap … shouldn’t you be writing about how to get higher prices!?”

Well, let me tell you something … #1 This series is actually more about how to lower costs, so even if you don’t lower your prices, you’ll learn a hell of a lot on how to increase your profits, and #2 The more you raise your prices, the more easily someone can swoop in charging less, so it’s good to know how to keep your pricing competitive when needed. Plus, some people just don’t have it in them to sell at premium prices and end up chopping their profit down instead, which can be disasterous.

The Worst Thing You Can Do Is
Reduce Price By Reducing Profit!

I see this happen too often … someone launches with the intention of getting $500+ per space but ends up dropping prices down to $350 or so just to get the card sold. The problem isn’t so much that they sold spaces for lower prices than planned … but that they took it all right out of their profit margin. Margin rules everything and you have to sustain healthy margins. I don’t care what the $$$ figure you make is, the margin is what’s important because that determines whether you can operate long-term or not. When your profit margins are too low, your business will eventually could easily up in serious jeopardy.

Need a refresher on what profit margin is? Read this.

Margin is the percentage of your revenue that’s profit. You’ll usually need to be aiming for 50% profit margin in order to make sure your 9×12 business runs successfully over the long-term. That means if you’re doing a 10,000 piece campaign which costs around $3500 in printing, design, and postage … you better be selling $7,000 worth of spaces (14 spaces @ $500/each). Can you survive on lower margins? Sure, you’re not in deep trouble since 9×12 doesn’t incur any significant overhead, but if you’re margin is less than 50%, it’s time to make some changes PRONTO in my opinion.

But Bob …
Business Math Sucks. I Just Want To Sell!

You were likely lured into the 9×12 model due to its long-standing success by others and it’s simplicity. The last thing you probably doing was crunching numbers, right?

Look, all great businesses are simple … however, no matter how great the business is it will all come down to how well optimized it’s being ran and you simply can’t run a business successfully long-term without knowing your numbers. It just doesn’t work.

Anyone can open a pizzeria and sell pizza but most fail and lose truckloads of money. A few succeed and do great for decades … What makes some businesses last so long, even without advertising? I can almost guarantee you that it’s due to the fact they have the right price mixed with the right quality. They’ve found a balance between those that other places couldn’t. The failed businesses are the ones usually trying to sell higher quality ingredients for the same or a lower price (forcing their margins to be so low that they eventually implode), or they make some kind of mistake with their pricing or quality that means they either don’t make enough sales or make plenty of sales without enough profit. 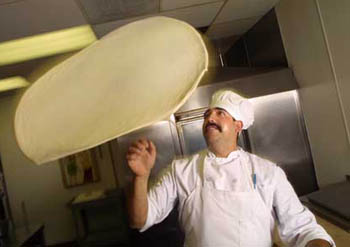 No Matter How Fancy He Twirls His Dough, He Better Figure Out His Margins!

Our 9×12 business is no different. That means you, the business owner, need to figure out how to charge the right prices and deliver the right value for it, while keeping your profit margins where they need to be.

It’s this “math” that will save the day eventually. It’s often said that sales are the answer to everything (and they’ll always get you out of a pinch), but managing cost and pricing will determine how smooth or bumpy your business runs. You don’t want to be selling like an animal, going 150% all the time and not making enough profit. Nor do you want to be in a slump and go broke from no revenue coming in; so you better spend some time on pricing to make sure you’re able to survive long-term without banking on rushes of sales to stay afloat.

You’re In a VERY Unique Business

9×12 can be a pretty new experience because it involves a tangible component that digital marketing doesn’t. That’s not a bad thing because it brings you into similar shoes as your brick & mortar clients; without all the massive overhead, large risk, big payrolls, and looming debt they deal with. If you get your business right, you’ll actually learn a lot that your clients won’t even know, making you able to help them far outside the scope of direct mail and more into consulting (which is extraordinarily high in margin!).

Apple is one of those rare companies that designs, manufacturers, retails, and services it’s products all together. If you think about it, it’s pretty much the same thing we do.  Some of you might say … “Well Bob we don’t really manufacture anything because we outsource the printing” … but that’s the same thing Apple does too. They figure out solutions for specific price points and margin, then they outsource it to factories who create and assemble it to their spec. That’s exactly the same thing we’re doing: picking and choosing the type of paper thickness we want, the specific feel of it, the specific size, and we’re creating the look and layout of everything that goes on it.

It’s our product that we’re creating, literally from scratch.

We’re also selling it directly to the end-user and we’re servicing everything along the way; A very unique business indeed. Even though it seems so simple,  it’s actually pretty complicated and has many moving parts underneath that can be modified with different consequences. Trust me, even I didn’t have a clue how ‘deep’ it would be at first, but the more I messed around with things the more I saw how much there really is under that hood.

The good thing though is that as long as you stay within the core of what makes the 9×12 system what it is, you’ll almost always have a successful business model at your service.

You Can (and should) Custom-Build Your 9×12 Solution

9×12 doesn’t have to be the rigid structure that you may have been under the impression of. It doesn’t have to strictly be 10,000 postcards printed on 14pt stock with UV gloss coating using the traditional 14 or so layout. That’s just one particular strategy. In fact, most of you who’ve known me over the years know that I don’t even follow that, and instead have been doing hybrid mailings that include distribution (you’ll learn all about that shortly) for many years.

But let’s talk about what exactly the 9×12 system is that’s proven to work. To me, there’s a specific set of “pillars” that make up what works and as long as you stay within them, you won’t be taking it into territory that could be highly unpredictable.

In my opinion, to be considered within the 9×12 system business model, you must have:

You probably notice that most of those words are highly subjective. After all, what exactly defines “large”, “quality”, “affordable”, “reliable”, etc.? The only thing I can suggest is to use your common sense.

Here’s some quick hypothetical examples of what’s NOT within those pillars:

And here’s some examples of what IS within the 9×12 pillars:

The best advice I can give you is simply figure out what you want to charge, figure out how to make it at least 50% margin, and make sure to stay within the pillars. Doing that will give you a custom-tailored system that will have it’s own unique shape and form that fits your situation.

The purpose of this article series is to revolve most everything around price though, since the price you charge for ads will be the element that your entire business will revolve around. What one member charges $500 for may not be what you want to charge $500 for. You need to design your system around your pricing, just like just about every other product manufactured in the world!

Imagine if Toyota said “let’s make a car that does all the stuff people want and then mark it up to the margin we need to get”? Can you imagine what would happen? Who the heck knows what price that might end up being … and who knows if it would even sell (most likely not).  It would be a total mess. You might end up with a run-of-the-mill car that cost $38,000 to manufacture and $50,000 MSRP. Or imagine if Samsung had a bunch of features they wanted to engineer and include into their new smartphone model and just simply started building it, then totaling up the cost and marking it up? It could easily run into a $2,500 phone if they weren’t concerned with costs. That would be an extremely stupid way of creating a product yet that’s how many marketers figure out their pricing.

Steve Jobs was notorious for demanding Apple’s engineers to solve problems that they thought were entirely impossible. But if you look into it, it’s not that these things are impossible to figure out, they’re just seemingly impossible to figure out within the price required. The fact is, virtually every product made by successful companies is designed with a certain retail price in mind, where massive amounts of thought and creativity are put into figuring out how to make them work within a very specific target price. The ideal product has to meet the price point AND the margin needed, making it one of the most trickiest (yet most rewarding) things a business owner (including you) will ever tackle.

The process of figuring out how to create incredible value within certain limitations, combined with great sales and marketing is what will MAKE YOU AN EXTRAORDINARY businessperson. My entire goal is that by the end of this series, you’ll be able to put all the pieces you need together and design a solution that will not only make you an outstanding profit margin, but to be considered a terrific bargain by advertisers,  and become nearly bulletproof when it comes to competitors that test your territory (or already exist).

What smart companies do is target a price and then figure out how to get the best product possible for that price so that it’s a tremendous value. The good thing is, we’re not building cars or smartphones!